Why Is Weed So Expensive in California? Here at Weedsy, we're all about giving the people what they really want - a tasty mini pre-roll that has the power to slap you silly without absolutely destroying your wallet in the process.  For example, if you were to walk into one of the 39 dispensaries we are currently in, the base price tag on our products ranges from $7 to $12.  By the time you check out, however, that price is significantly higher than what was listed, leaving you with a "what the %&@! just happened?" sort of situation as you awkwardly fish more cash out of your wallet while the budtender awkwardly smiles at you.  You can thank the Bureau of Cannabis Control's tax policies for that - so let's explore this a bit more.  Which California county is by far the worst?  What about a middle-of-the-road one?  And what about doing the libertarian thing and just eliminating as much of it as possible?  Let's get to it, but first, pick up a Weedsy, get a little faded, because this is going to be a very difficult concept to accept.

Before we dive into the county breakdowns, let's be real - out of all the recreationally legal cannabis states , California may be the most notorious in terms of hiking tax rates.  Just focusing on what you, the consumer is responsible for paying, there is a 15% cannabis excise tax, a 9.5% statewide Sales & Use Tax specifically on cannabis products, a city excise tax that can hike up the prices up to 15% on where the sale is taking place, and your standard sales tax.  So, at any given time, you can expect to pay up to 37% more for your weed.  Big ouch.

Naturally, there is the argument of whether all this taxation is ethical for the average stoner.  Think of it this way - nobody, and we mean nobody likes to pay taxes.  And since California is one of the most expensive states in the country, it's a no-brainer that something as "recreational" as cannabis would be taxed as high as possible, therefore facilitating price and taxes as the number one consumer complaint about the legal market.

Granted, like most taxes, the revenue generated help fund a myriad of initiatives dedicated to enriching the health and well-being of its residents.  Just because we know the tax revenue is going there, doesn't make the entire buying experience a friendly one to partake in; but that's neither here nor there.  Let's break down the California county cannabis tax rates from worst to best that you, the consumer, are responsible for paying.  We don't want to dive into the business-to-business taxes we as a brand are responsible for - that would just make us too sad, deal?

Honestly - the cannabis tax rate in LA County is so bad that we'd rather give up our limbs instead.  LA County recreational cannabis taxes are made up of a 9.5% sales tax, a 10% city tax, and a 15% excise tax for a whopping 38.5% tax rate overall.  Now before you cry and blame the 23 dispensaries actively carrying Weedsy for raking in all that extra cash and keeping it for themselves, you need to understand that those funds are actually not being kept by the industry.

According to the California Department of Tax & Fee Administration (CDTFA), the financial pain can be visualized with this easy-to-understand formula.  Assuming the subtotal for your order is $100, the tax becomes:

So, a $100 order at a dispensary, which quite frankly is probably about two standard sized items, or roughly 7 to 14 grams of cannabis flower, inches close to $140.  You're probably looking at your items being listed at the price they are, internally justifying the purchase, walking up to the counter to pay for it only to see the final cost being way higher than you were prepared for.  A common question after that would be "what the @$%! just happened?"  Again, please take our arms - it wouldn't hurt as much. 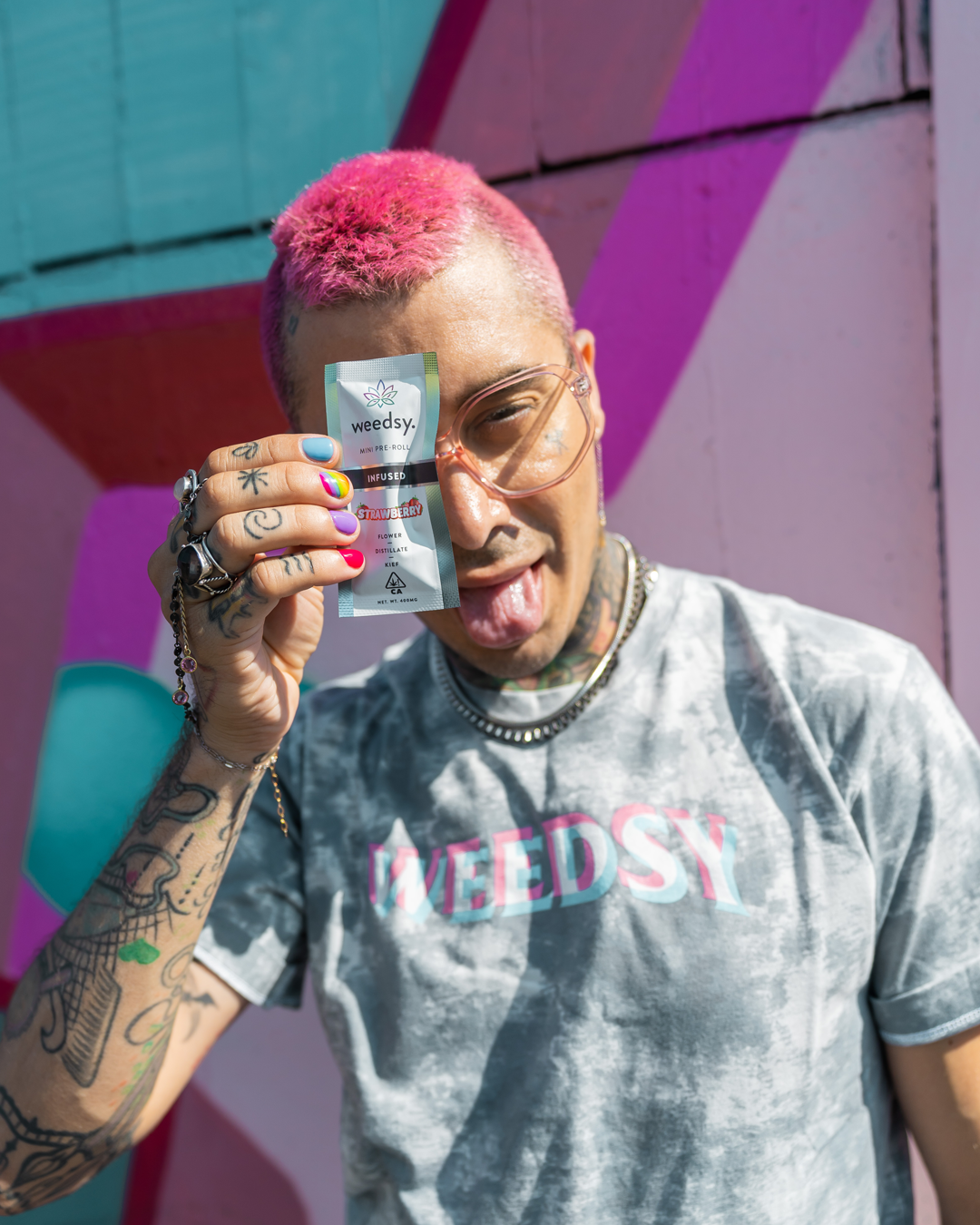 The Middle of the Road: Santa Barbara County

Santa Barbara is one of those counties that has a dynamic tax rate depending on the category of the business.  As a consumer that would purchase cannabis products from a dispensary, the county tax rate for a retailer is 6%.  So, if you were in the area looking for a few Weedsy mini pre-rolls, our friends over at Seaweed in Lompoc honor the 15% statewide excise tax, the 9.5% sales and use tax, and its own, localized cannabis tax of 6% mandated by the county blessing you with a slightly less painful premium of 30.5% tax on your chill out strains.

How About Avoiding Consumer Cannabis Taxes?

You know what would be great?  Having the average cannabis consumer NOT PAY ANY TAXES!  Surprisingly, there are a few California counties that impose cannabis taxes where the consumer is NOT responsible for paying; and Humboldt County which is home to both Proper Wellness in Rio Dell and Zen Healing in Eureka allows you to do just that!  Seeing that Humboldt maintains its reputation as the agricultural arm of the cannabis industry, where several brands use the area to grow some of the sickest bud known to the state, the taxes are directed towards cultivators because it makes more financial sense to tax its creation given how many cultivation facilities exist in the state versus taxing on the consumer level.

While there are unavoidable taxes at the state level, there are a few unicorn areas that have incredibly low cannabis business taxes and / or lower sales taxes that would facilitate a lower final bill on your bud.  Some other counties and specific cities that effectively keep your own personal tax liabilities down are: 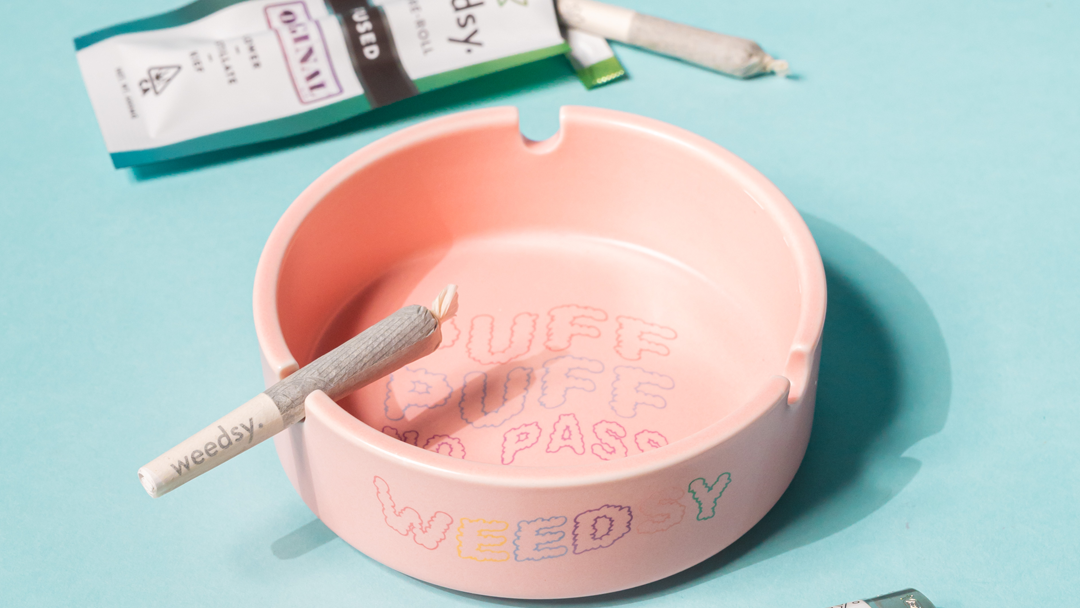 You Can Do Something About This!

Remember - you, as a California resident, have the power to vote for the legalization of recreational cannabis and all these other initiatives that we more-or-less take for granted.  This also means, you have a say in how the state chooses how to tax the things you like to partake in.  If you're tired of making your wallet cry over securing something as fun and enjoyable as your favorite cannabis products, DO SOMETHING ABOUT IT!  Start bothering the living %&@! out of your county and state representatives to readdress this blatant disregard for financial freedom by the government.

As revolutionary as this may sound, the country was founded in response to over-taxation from the British right?  The same thing is happening here and now, and as it happened then, voter pressure can not only make your wallet a little less sad, but can also cut several layers of taxation - such as cultivation, manufacturing, and distribution taxes on the business-to-business level.  Theoretically, this would mean the actual cost of making our cannabis products becomes cheaper, thus allowing a brand to sell it for less, and allowing you to pick up more of it for less.

And for those that actually do start bugging their representatives, chances are, they'd push back and complain the the tax revenue generated off a lower tax rate wouldn't be able to fund its projects.  For that, you can respond with the classic: LOOK AT OREGON approach.  The price of an eighth ounce of cannabis flower in Oregon, for example, is $6 - not $60, SIX DOLLARS.  That's because the state put a cap on local retail cannabis taxes at 3% - not 10% as Los Angeles County exercises, THREE.  We want that please, and it's definitely possible to achieve that in the coming years as long as we're proactive about it now.