It's Ludicrous to Think Cannabis is a Performance-Enhancing Drug As much as we'd love to just sit around all day and smoke on a Weedsy to relax or even spark up the creativity from time-to-time, there are some people that use our favorite green plant for sports and are most likely penalized for it.

Back in 2009, Olympic Gold Medalist, Michael Phelps, was suspended for three months leading up to the 2009 World Championships.  And just last week, U.S. Olympian Sha'Carri Richardson was suspended just weeks before her debut at the 2021 Tokyo Olympic Games; both athletes testing positive for cannabis outside of competition.

While the two offenses are vastly different given how the world was then, and how it's changed now,  this sparks up the debate on whether cannabis should continue its decades-long prohibition from Olympic competition and physical sports in general.  To be fair, the science behind cannabis prohibitions (or really prohibitions for that matter), seem like they're not rooted in any logical sense.

Can cannabis be considered a performance-enhancing drug?  And if the plant ever gets removed from the list of prohibited substances, how can a pro-athlete, a gym rat, or even someone that absolutely hates working out (like me) can use cannabis to make the experience a little more enjoyable?

According to both the World Anti-Doping Agency and the U.S. Anti-Doping Agency (WADA and USADA respectively), marijuana is prohibited in competition "unless an athlete has an approved Therapeutic Use Exemption."  The use of the drug can result in an anti-doping rule violation and sanction."  The USADA deems marijuana as a health risk and a performance-enhancing substance that "disrespects the spirit of the sport."

The agency continues by laying out a framework for "acceptable levels" of marijuana which cannot exceed 150 nanograms per milliliter (ng/mL).  And as for punishment, the rule violations and sanctions equate to fines and suspensions ranging from 30 days to a straight up ban. 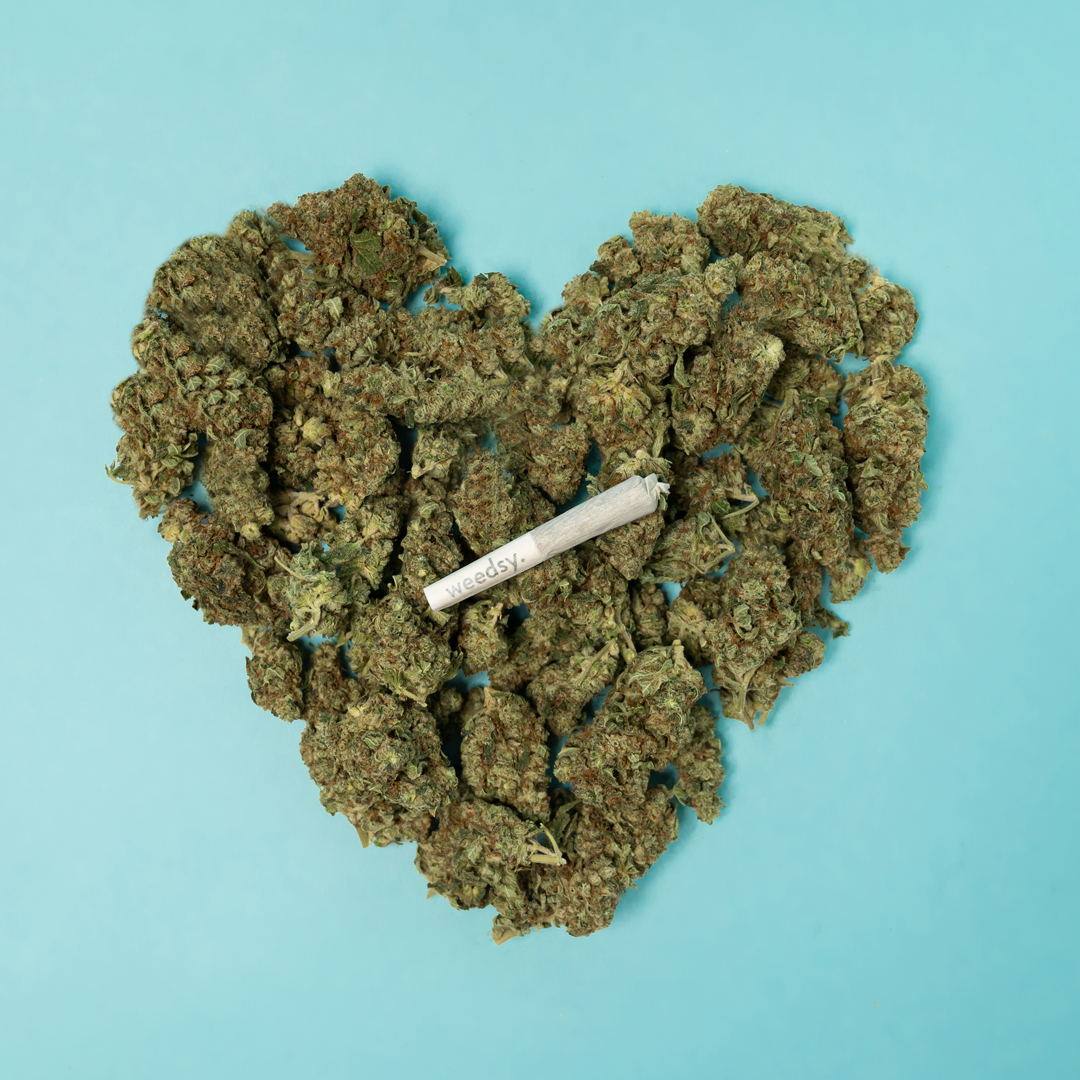 What Does the Science Say?

While both the WADA and the USADA counterpart deems marijuana as a performance-enhancing drug, the science that should otherwise support the ruling does not.  Why is this not surprising?  Any logical person should know that cannabis is a downer, not an upper.  Cannabis is historically known to decrease athletic performance, not increase it.

One of the earliest studies in which researchers look at cannabis' effects on exercise concludes the increase in heart rate and blood pressure hampers one's ability to exercise upon consuming cannabis.  The forty-five studies that followed more-or-less concludes the same - cannabis use does not improve strength or exercise endurance.

Have you ever tried playing a game of football incredibly baked before?  The window of opportunity to effectively sprint, tackle someone, and possibly catch a ball while avoiding a tackle from someone else closes sooner rather than later.  Don't get us wrong, for those that partake in cannabis for a sport can achieve the smallest, yet temporary competitive advantage.  For example, if you look at those that play beer pong, sometimes a few red cups downed gives you a little buzz which may steady your hand a bit.  In the world of Olympic sports, that small competitive advantage was acted on for Archery.  The World Archery Foundation had to ban liquor consumption immediately before competition because the alcohol can help stead a person's arms.  While this might be the nail-in-the-coffin for alcohol, the science does not support the notion for cannabis.

What Do Health Professionals Say? 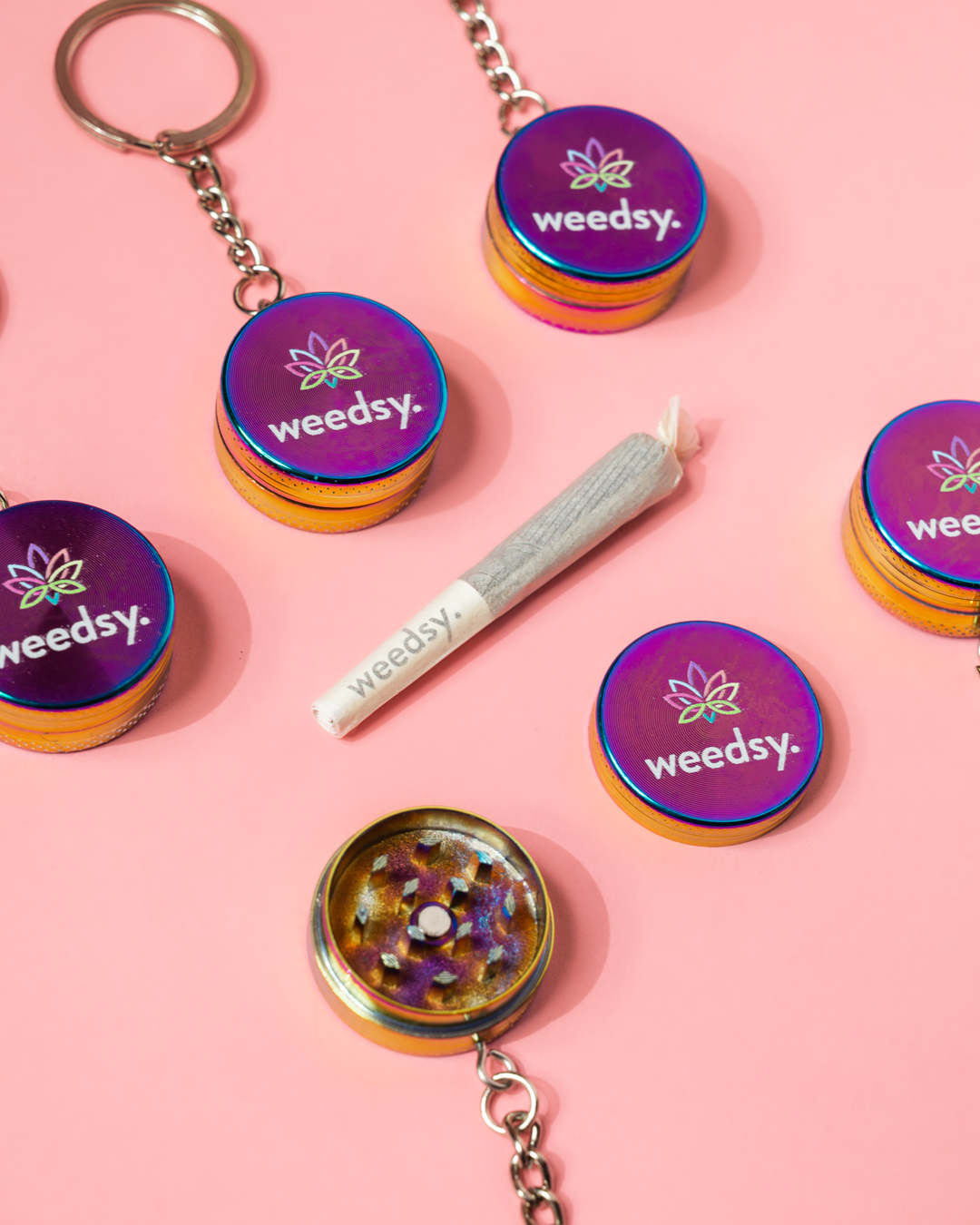 Partaking in cannabis, whether you are opting for doing something active or otherwise still has consequences for both the body and mind. Albeit, the way in which your consume the cannabis ultimately affects you in some way outside of the attached high.

On a physical aspect, the American Lung Association deems the act of smoking cannabis as equally as harmful as smoking cigarettes.  Since the flower is burned and inhaled as smoke, "smoking marijuana clearly damages the human lung [and] regular use leads to chronic bronchitis and can cause an immune-compromised person to be more susceptible to lung infections.

Now we won't go as far as comparing cannabis smoke as just as dangerous as cigarette smoke.  Cigarettes have thousands of carcinogens in it stemming from the smoke, the tobacco, the paper used, the material the filter is made of.  It's ludicrous for the organization to lump cannabis as dangerous as tobacco.

We do however, agree with the organization to an extent.  Smoking cannabis as a consumption method does put enormous strain onto your lungs.  Lungs are also required for any degree of physical exercise.  So if you find yourself running for something and experiencing shortness of breath, it's probably wise to cool it on smoking anything!

On a mental wellness aspect, the National Academy of Medicine published a study in 2017 in which researchers concluded chronic cannabis use may increase the risk of developing schizophrenia and other psychosis ailments with other studies measuring more short term consequences such as slowing down reaction time and hampering one's decision-making.  Going back to the football example, if you're playing the game baked, do you think you would be able to avoid someone barreling towards you with the intent to tackle you down quick enough to avoid it - probably not!

How Does Weedsy Feel About This?

Let's be real, watching the Olympics is kind of a big deal.  Supporting your teams, whether you're all-American doing your part in fostering nationalistic pride or even supporting your favorite teams abroad (we believe Argentina will take Soccer and Russia will take every form of ice skating), the Olympics is one of the most highly anticipated sports event that occurs every four years!

As a cannabis brand that operates in a state where it is fully legal to purchase, possess, and conume as long as you are of age to, we find that both the rules and punishments for an athlete to compete are pretty outlandish given the year we live in.  We believe cannabis is not a performance-enhancing drug.  We do agree that consuming it while you are competing is the equivalent of shooting yourself in the foot as it makes you slower, does not improve your strength, and tires you out quicker - so if anything, it's a competitive disadvantage.

To our understanding, the USADA's punishment for Sha'Carri Richardson was a 30-day suspension, thus destroying her ability to compete in the 100m Sprint, for which she was a shoo-in to take the prize!  Richardson was popped for the violation in the state of Oregon, another fully legal state to consume cannabis.  She was in her full legal right to do what she did outside of the competition.

The last time this happened, Gold Medalist Michael Phelps was barred for 90 days for more of the same offense.  Mind you, Phelps being popped for cannabis consumption was back in 2009, where recreational cannabis use was illegal in all 50 states.

What If Cannabis Was Removed from the WADA / USADA?

Since Richardson's barring, both the WADA and USADA have been dealing with a literal PR nightmare.  You have massive public outcry, calls for meetings from both Congress and the White House.  It's not looking good for them.  The WADA has even gone so far as to call for a relaxation of its rules with the USADA also looking to do the same.

If cannabis was in fact removed from the prohibited substances list, chances are athletes would not use the substance specifically for the competition, as the science does not support any utility for doing so.  Instead, many athletes would use it post-competition or workout.  Cannabis workouts are already incredibly popular, as users typically opt for non-inhalable methods to encourage sleep, speed up the recovery process, and help to alleviate pain and inflammation.

For those that are not professional athletes, and in fact most likely hate working out (like me), using cannabis products to achieve the cannabis workout actually helps make the experience feel less like a chore and more of a fun experience.  Think about it - consider stopping by your local dispensary to pick up a Watermelon Weedsy Infused mini pre-roll, then go for a run while feeling a little blitzed.  Remember how we mentioned that you have a very small window of increased energy?  You'll feel 20 pounds lighter and float down the street while smiling ear-to-ear!

We're just as baffled as you most likely are to see an athlete tested positive for cannabis to be given such a harsh punishment when the science  clearly doesn't support the rules in the first place.  But what do we know?  The Weedsy team is comprised of a bunch of cannabis lovers that like enjoying our bud without sharing it with others after all.  If you're like us and want to just do that without a worry in the world, check out our store locator list to find a dispensary or delivery service near you.  Chances are, you'll fall in love with a Weedsy to help you achieve a chill cannabis experience!